I scream, you scream, we all scream remotely for ice cream!

How in the world would science teachers conduct lab experiments while students were remote learning for nine weeks? It's a question that teachers, students and parents pondered as they prepared to teach and learn from home.

But for Upper School chemistry teacher Paula Butler, the answer was a simple, but powerful motivator. Ice cream! Her remote lab was dubbed the Ice Cream Lab, although it was officially called the Colligative Properties Lab.

"Besides just doing a fun lab at home that involves food chemistry, the "curricular" point of the lab is that we were studying a colligative property of solutions called "freezing point depression," Butler said.

"People who have made home-made ice cream know that adding salt to a volume of ice and shaking/stirring it a lot causes the freezing point to go down well below the normal freezing point of water. In turn, this makes for a perfect extra cold environment for the sugar/cream/vanilla mixture sealed inside to turn into ice cream (rather than a milk shake)."

Her two AP Chemistry classes and a chemistry class were assigned to make ice cream from the directions she provided. They were also asked to post photos of themselves with their work in the before, during and after phases. "I'd especially like one with the finished product – before you've eaten it," she told them.

Senior Renee Twyford reported that her brother, Connor, extracted a heavy price for helping her toss the freezing cold bag of ice and ice cream in the yard. His reward was a dish of ice cream.

Wynton Jackson, a junior, submitted four photos and apologized that he did not appear in any of them. "Everyone in my house was on a call when I did the lab, so I took photos of just the ice cream," Jackson explained.

Butler also asked the students what they learned that was chemistry-related from this lab.

Junior Marley Cox responded, "I already knew that adding salt to ice would make it colder, but I was surprised that it got so cold that it turned the ice cream ingredients into a solid in less than 10 minutes for me."

The students seemed to enjoy the activity, Butler said. In fact, you might say they graded their assignment "delicious!" 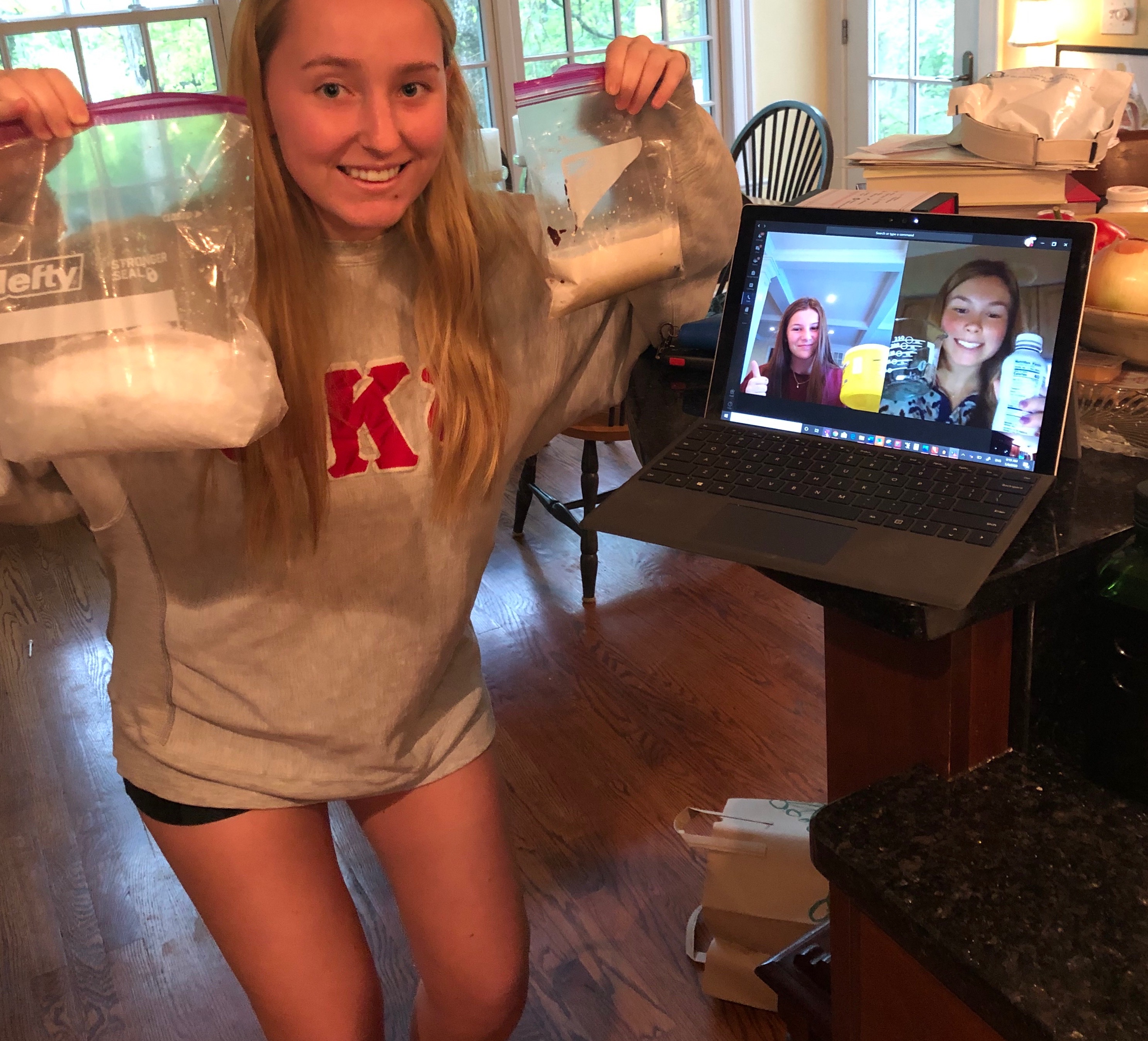 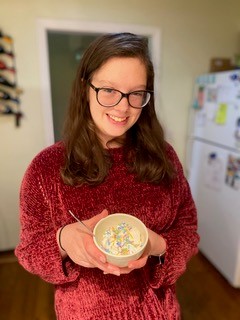 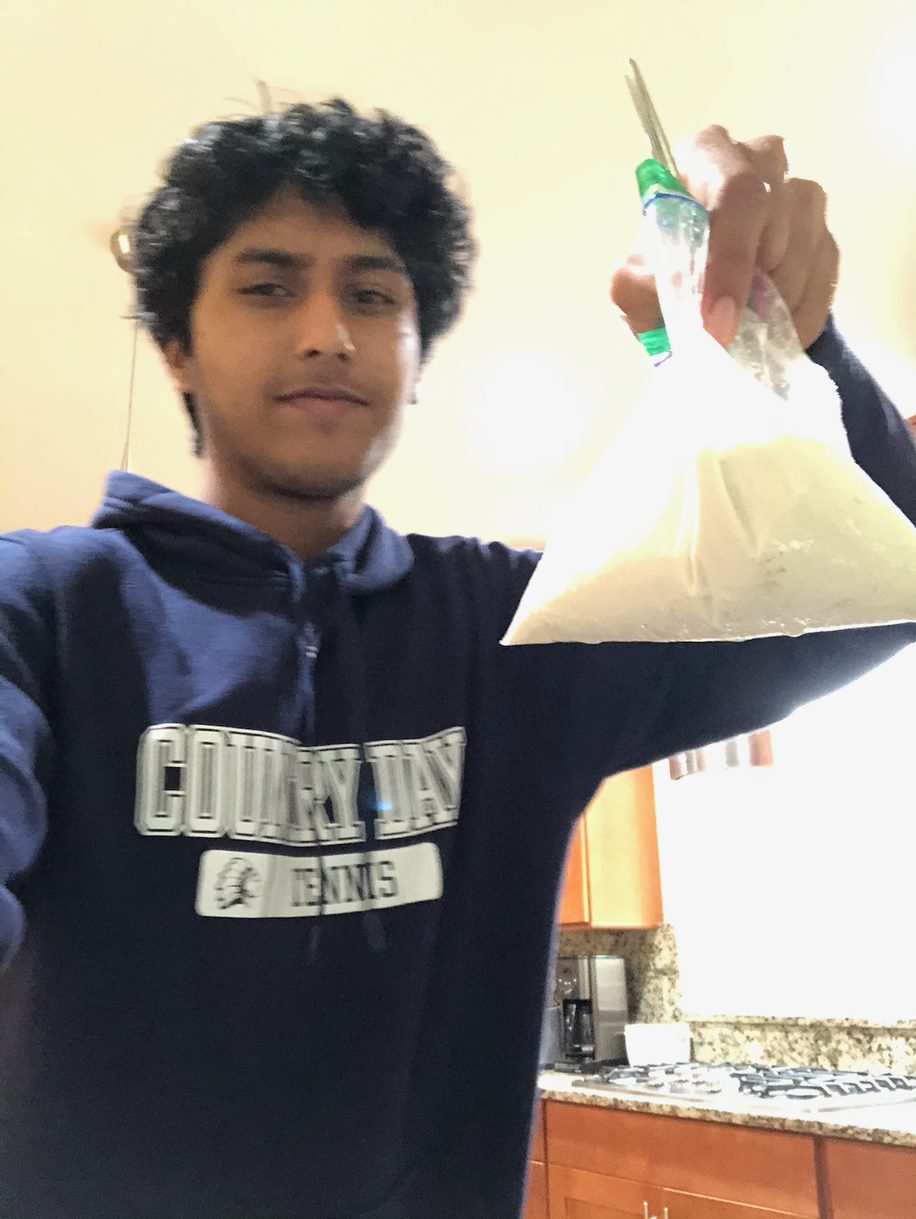 Sai Nalagatla shows the progress he's made on his lab work.

Jack Wright, Cole Jeffries, Franco Valentin and Mark Tereck do their assignment together remotely on Teams.