Jordan Komnick '11 visited CCDS to speak to students in Intro to Computer Science, AP Computer Science, Engineering and various math classes about coding in the real world using paired programming and test-driven development. She learned these techniques at Great American Insurance in a special unit built by Jon Osborn, father of Eliza '21 and Andy '19.

Jordan spent the next two years working, using paired programming (a technique in which two programmers work together to write code) and test-driven development, teaching these techniques to other developers. In January, she was hired by the startup www.homeeondemand.com in Cincinnati to teach and implement these techniques. 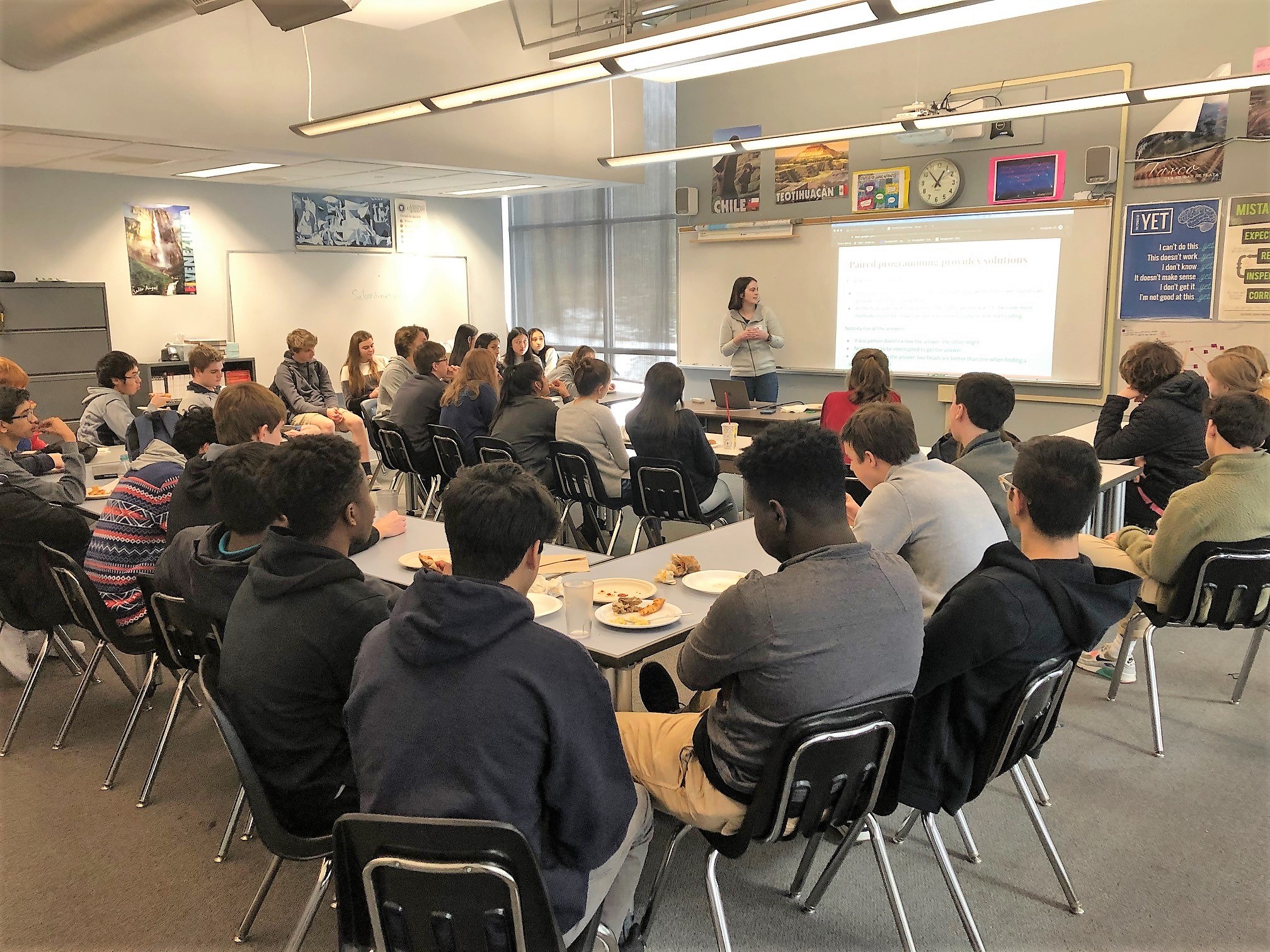 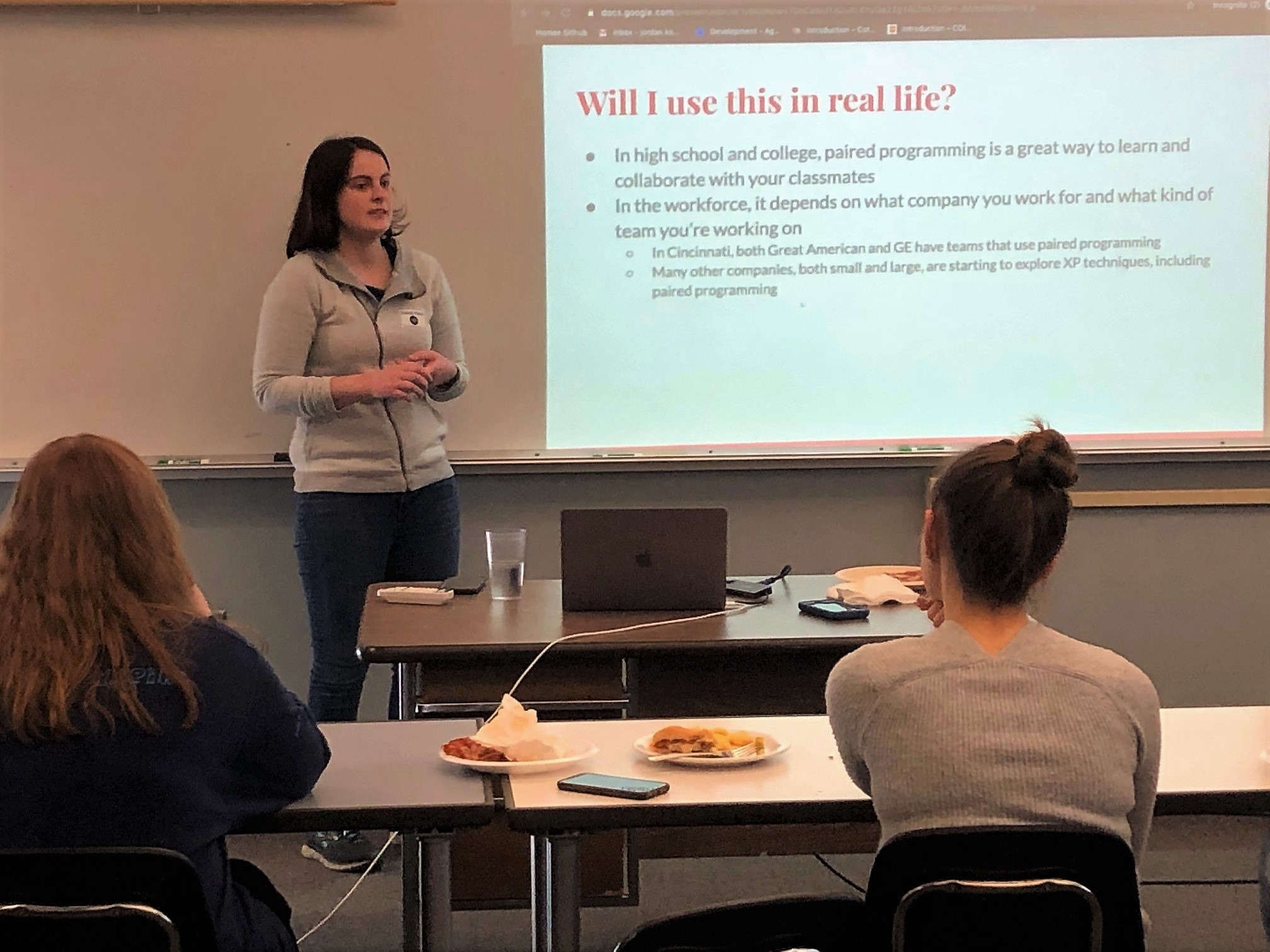