Congratulations to Josh Nixon '20 parlayed his Country Day Mock Trial and Model UN skills into success at Buckeye Boys State at Miami University this summer. Josh was elected one of three appellate judges at Boys State and won the Excellence in Government award.

The Ohio American Legion Buckeye Boys State is an eight-day hands-on experience in the operation of the democratic form of government, the organization of political parties, and the relationship of one to the other in shaping Ohio government. At Boys State, young men learn about city, county, and state government through a non-partisan objective education approach.

Founded in 1936, Buckeye Boys State is the largest Boys State program in the nation with an attendance of over 1,200 young men annually, representing nearly 600 Ohio high schools, several on-line high schools, and the home-schooled community.

Among guidelines for selecting Buckeye Boys State participants, candidates must have completed their junior year, possess qualities of leadership, scholastic achievement, good citizenship and a willingness to participate. Candidates should demonstrate an interest in United States history, government and civics. Debate or public speaking is a benefit to candidates. 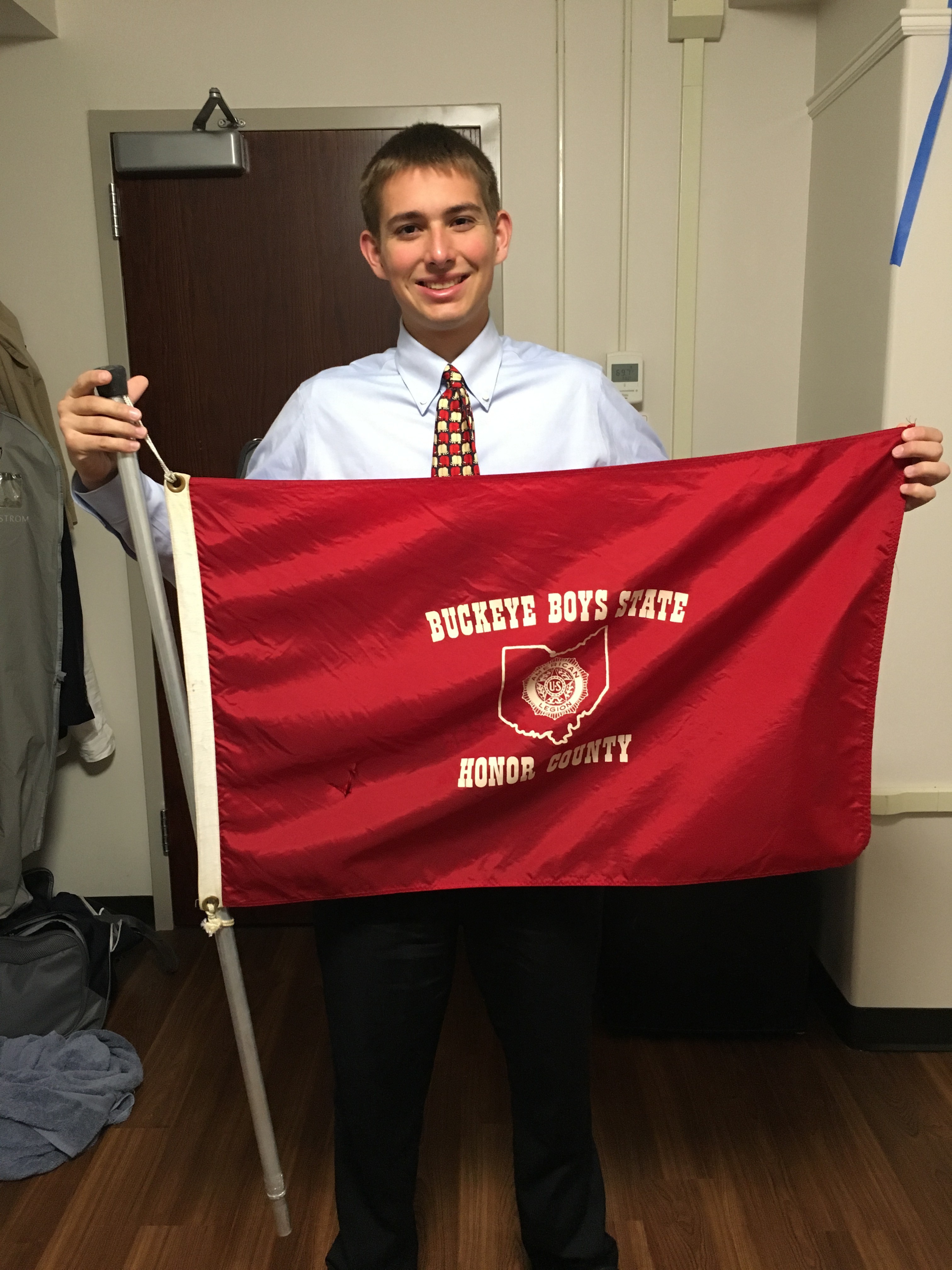